What is Manual Medicine?

It is the use of palpation and operator directed techniques to aid in the diagnosis and treatment of musculoskeletal disorders. 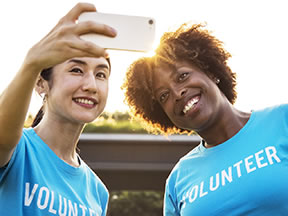 Manual medicine is based, in part, on the belief that man is a self-regulating being and that the body, when in a normal structural relationship, is capable of self-healing and defense against disease. “The goal of manipulation is to restore maximal pain-free movement of the musculoskeletal system in postural balance”.

A manual medicine diagnosis is made using a comprehensive history, detailed and specific physical examination including Osteopathic, orthopedic, neurologic, rheumatologic and Chiropractic exams, appropriate radiologic studies and the specific laying on of hands to palpate musculoskeletal parameters including but not limited to asymmetry of related musculoskeletal components, range of motion abnormalities of mobility, tissue texture changes, circulation of fluids and energy.

Manual medicine treatment includes the use of but is not limited to thrust/impulse, soft tissue mobilization, myofascial release, cranial osteopathy, functional release, and chiropractic. Manual medicine identifies a specific manipulable lesion, which is treated with an appropriate manipulative technique to resolve the condition.

Most athletic injuries and overuse “wear-and-tear” type injuries involve damage to the soft tissues that are the protective and structural components of our bodies joints. Ligaments attach adjacent bones to each other and are responsible for the stability of a joint. A stretched or torn ligament is called a sprain. Tendons attach muscles to bone and are responsible for the movement of the joint. A stretched or torn tendon is called a strain. Articular Cartilage lines the bones inside a joint, decreasing the actual force placed on these bones during movement, enabling the bones to glide over one another and acting as a shock absorber. Thinning of articular cartilage decreases the space between joints and is what is commonly known as osteoarthritis.

As we age we become more prone to injuries of these structures. This is partially due to the decreased hydration of these tissues which makes them more brittle. The result is the propensity of these tissues to become injured even when doing movements that previously were well tolerated. A common scenario is: articular cartilage has become damaged or degenerated over time. This will increase the force inside the joint. How does the body compensate for this? More stress is placed upon the ligaments and tendons as a protective measure. in order to stabilize the joint. While this process slows the degeneration of the articular cartilage, the increased force placed on the ligaments and tendons increases the likelihood of injury. The resulting laxity of the joint further complicates the problem because now the joint is likely to be moving in directions it was not intended to do, increasing the degeneration of all involved tissues.

When these tissues are injured, suddenly or over time, the result is a weak, painful and unstable joint. Because ligaments and tendons generally have a poor blood supply, incomplete healing is common after an injury. In fact, the overuse of ice and anti-inflammatory medications can dampen our bodies normal immune response and may decrease the healing response. See Inflammation, Friend or Foe

The greatest stress on ligaments and tendons are where they attach to the bone, known as the enthesis or fibro-osseous junction. The cause of joint pain typically is from this area. The periosteum that covers bone is a major source of joint pain. Ligaments have many nerve endings and damage to this tissue also generate pain. 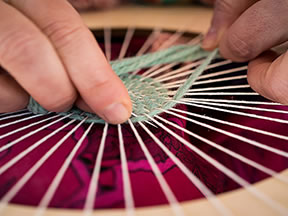